Egypt; plenty of food, a roof over their heads and last days prophecy.

“And Jacob called his sons and said, ‘Gather together, that I may tell you what shall befall you in the last days: Gather together and hear, you sons of Jacob, and listen to your father.'” (Genesis 49:1-2) Jacob is telling those who “hear” the things that “shall befall” his sons (descendants) in the “last days.” Shall we listen?

“Reuben, You are my firstborn, My might and the beginning of my strength, The excellency of dignity and the excellency of power. Unstable as water, you shall not excel, Because you went to your father’s bed; Then you defiled it – He went to my couch!” (vs 3) Remember the shame Jacob suffered when Reuben lay with Bilhah, the mother of his brothers Dan and Naphtali? He lost his right of inheritance as the firstborn and “shall not excel.”

To trace Reuben’s descendants and see what their troubles have been is an exercise for others. Specially since they were scattered by God 722 years before the birth of Christ. God does promise that someday they will be gathered and returned to their land. (Jeremiah 23:3-8)

“Simeon and Levi are brothers; Instruments of cruelty are in their dwelling place. Let not my soul enter their council; Let not my honor be united to their assembly; For in their anger they slew a man, and in their self-will they hamstrung an ox. Cursed be their anger, for it is fierce; And their wrath, for it is cruel! I will divide them in Jacob and scatter them in Israel. (vs 5-7)

Do you remember their sister, Dinah, and how they avenged her honor? They destroyed everyone, crippled the animals and tore down their walls. These two brothers lost their right of succession. The blessing of the first-born and the scepter will go to others. Descendants of Levi would be scattered in the promise land, confined to designated cities and without inheritance of land like their brothers recieved .

Judah receives the scepter of authority. 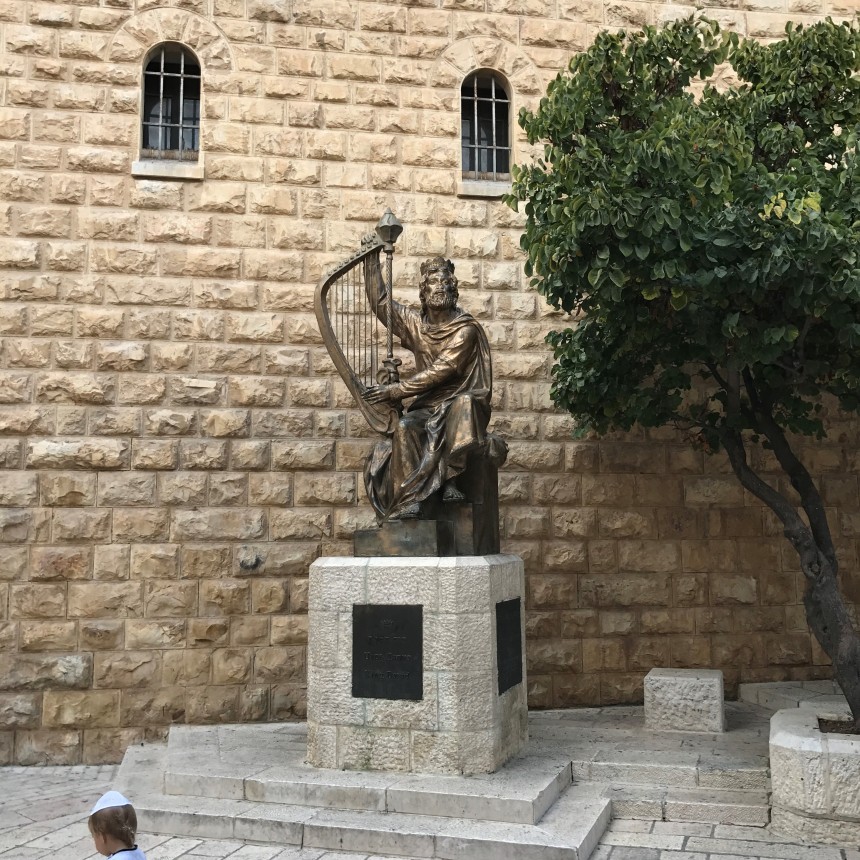 We are now following the family of King David that leads to Jesus, the King with all authority. And we will now see God’s reason for Tamar tricking Judah into having sex.

“Judah, you are he who your brothers shall praise; Your hand shall be on the neck of your enemies; Your fathers children shall bow down to you. Judah is a lion’s whelp; From the pray, my son, you have gone up. He bows down, he lies down as a lion; And as a lion, who shall rouse him? The scepter shall not depart from Judah, Nor a law giver from between his feet, Until Shiloh (Sent) comes; And to Him shall be the obedience of the people.” (vs 8-10)

To the line of Judah God bestows the scepter and the promise that this authority (law giver) will continue with his descendants until Shiloh, (Jesus, the one who was sent) comes. And when He comes, then the people shall obey Him.

Mystery: The Babylonian captivity ended the reign of the kings of Judah long before Jesus came. Is this mystery  explained by Scripture and history? How did this authority, “law giver,” continue? We will see. In the mean time back to Judah.

Judah had three sons. Er, his firstborn, “was wicked in the sight of God, and the Lord killed him”  leaving Tamar a widow without children. Judah’s second son, Onan, married Tamar, but cast his seed upon the ground. He didn’t want to give an heir to his brother. “And the thing which  he did displeased the Lord; therefore He killed him.” Judah told Tamar to remain a widow until Shelah, his last son, was grown. He feared for his last son’s life. She waited as told, but “she was not given to him as a wife.”  She was a woman determined, and Judah was tricked into fathering Perez and Zerah. (Genesis 38)

So who receives the scepter from Judah? ‘The book of genealogy of Jesus Christ, the son of David, the son of Abraham: Abraham begot Isaac, Isaac begot Jacob, and Jacob begot Judah and his brothers. Judah begot Perez and Zerah by Tamar, Perez begot Hezron and….” (Matthew 1:1-3) So, Perez gets the scepter, but why is Zerah mentioned in Jesus’ genealogy? Judah’s other son Shelah was not. Could it have something to do with the mystery of the “law giver” not departing “from between his (Jacob’s) feet until Shiloh comes”? Who were Zerah’s Children?