Back to the last days.

Reuben, Simeon and Levi lost their chance to receive the blessing and leadership amongst their brothers. Judah was blessed with the scepter and the knowledge that rulers would continue in his line until Shiloh, (one who is sent) comes.  Zebulun was next to hear Jacob’s blessing.

“Zebulun shall dwell by the haven of the sea. He shall become a haven for ships. And his border shall adjoin Sidon.” (Genesis 49:13) This is a piece of the puzzle  describing where the future descendants of Zebulun will live. This prophecy does not describe the land they chose by lot when the land of Canaan was divided amongst the tribes. 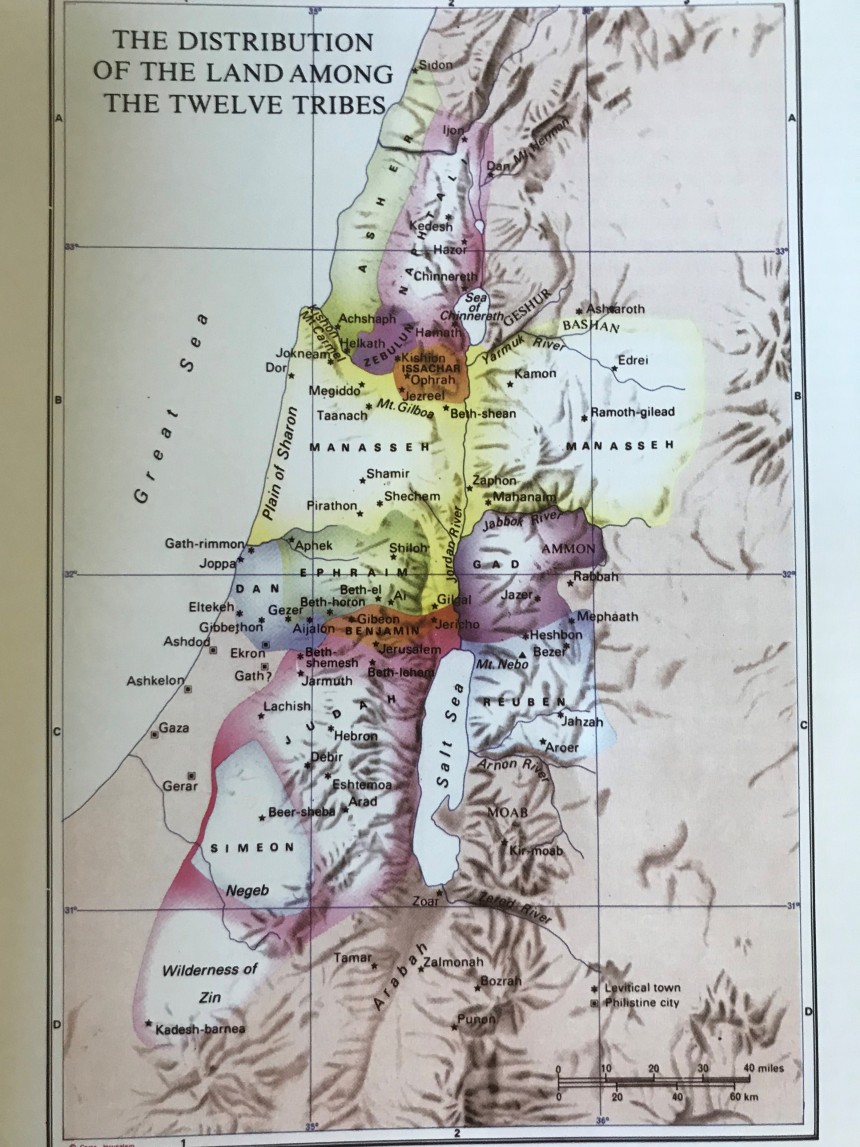 Naphtali’s, Asher’s, Manasseh’s and Issachar’s territories surrounded them. Ashers territory stretched north along the sea to Sidon. Zebulun was landlocked and we would have no further understanding if it were not for the prophet Ezekiel.

Ezekiel 40-48 describes a future city called “THE LORD IS THERE,” (Ezekiel 48:35) and the borders of  Israel when Jesus dwells on earth. Remember Jacob words? They concerned the things that would “befall them in the last days?” The millennium will be the last days before there is a new heaven and earth.

“Thus says the LORD GOD: ‘These are the borders by which you shall divide the land as an inheritance among the twelve tribes of Israel. Joseph (Ephraim and Manasseh) shall have two portions. You shall inherit it equally with one another; for I raised My hand in an oath to give it to your fathers (Abraham, Isaac and Jacob), and this land shall fall to you as your inheritance.”  (Ezekiel 47:13-14)

From the Nile to the Euphrates River was what God had promised. It is to be divided in sections running from the east to west. Dan will dwell on the northern most section located northward of Damascus. Five tribes will be allotted land below Dan. Judah, the last on the northern tribes will border the section “set apart for the Lord”

Zebulun will then have access to the sea allowing this part of the prophecy to be fulfilled. How their border adjoins Sidon is yet to be discovered as the Biblical Sidon is in the North. Perhaps this “haven for ships” refers to administering shipping along the coast of Israel? A question still to be answered.

We have discovered that mysteries are explained by God’s prophets if we seek to understand. In seeking answers we are shown what will be God’s dwelling place. To be continued.