Loving the words of the prophets.

That’s what happens as each prophet enhances our view of the kingdom of heaven. Those Christ has saved are temples of God, dwelt in by His Holy Spirit, and the prophets tell us what God has in store. We can see what lies ahead on His path. It is straight, yet narrow. Thank God we are walking in Christ’s light, for it is the world we are walking through. There are coming times we could do without, if we had a say. But God knows best, we will pass on through. Better days lie ahead. That’s why I love the prophets. They reveal God’s love.

The part that has taken shape, so far, mostly concerns the children of Israel. They were promised land, a place for them to live. David was promised an everlasting kingdom. Oh, then there was Solomon.

God blessed David and Bathsheba with another son, Solomon. He carried the scepter next. Solomon built God’s house and was blessed with wisdom according to his prayer. Foreign wives brought their idols and that brought about his fall. In judgement, the kingdom was divided by the hand of God. His son got part (the house of Judah) and his servant the other (the house of Israel). God divorces the house of Israel because of adultery. Scatters them throughout the world, then promises to bring them back.

Discovering the depth of God’s heart.

Hosea came the closest to understanding God’s emotions when it comes to love and commitment. “When the LORD began to speak through Hosea, the LORD said to him, ‘Go, marry a promiscuous woman and have children with her, for like an adulterous wife the land is guilty of unfaithfulness to the LORD.” (Hosea 1:2)  Hosea’s son was named Jezreel (foretelling the end of the destruction of Israel) and the daughter, Lo-Ruhamah (not loved). Hosea’s wife, Gomer, takes off, sells herself as a prostitute and God tells Hosea to go and buy her back.

“The LORD said to me, ‘Go show your love to your wife again, though she is loved by another man and is an adulteress. Love her as the LORD loves the Israelites, though they turn to other gods and love the sacred raisin cakes.” (Hosea 3:1)

“So I bought her for myself for fifteen shekels of silver and a homer and a half of barley. Then I said to her, ‘You shall stay with me for many days. You shall not play the harlot, nor shall you have a husband; so I will also be toward you.'” (Hosea 3:2-3) All that is said to Gomer is a prophecy to Israel.

“For the sons of Israel will remain for many days without a king or prince, without sacrifice or a sacred pillar and without ephod or teraphim. Afterward the sons of Israel will return and seek the LORD their God and David their king; and they will come trembling to the LORD and to His goodness in the last days.” (Hosea 3:5-5) Israel was to remain as a dispersed people without a kingdom and without God for a long time. But not forever! They are “beloved for the fathers sakes.” (Roman 11:28)  God promised Abraham, Isaac and Jacob that He would.

Don’t you love the Prophets?

Ezekiel’s words are understood only by those who believe that nothing is impossible for the Lord. King David’s body lies in his tomb. His spirit awaits the millennium to be the prince and shepherd of Israel. “Then I will set over them one shepherd, My servant David, and he will feed them; he will feed them himself and be their shepherd. And I the LORD, will be their God, and My servant David will be prince among them; I the Lord have spoken. (Ezekiel 34:23-24) 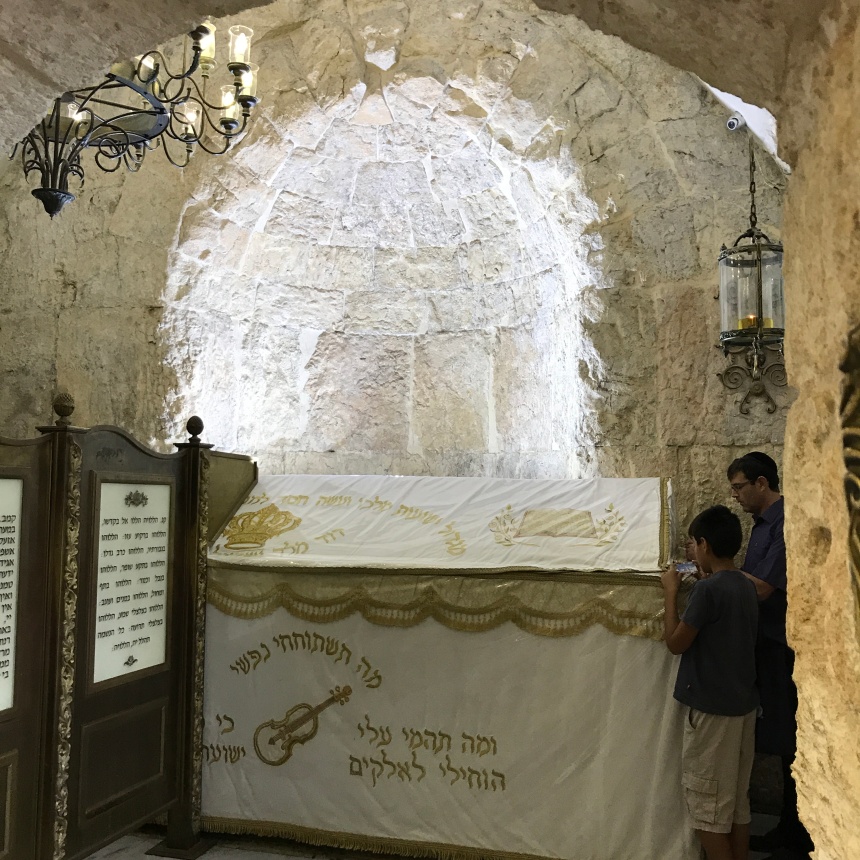